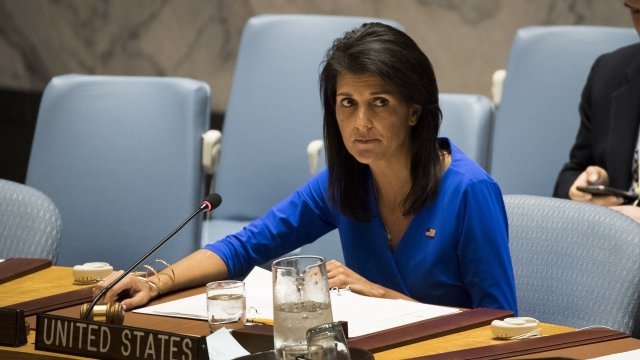 SMS
Investigative Agency Says US Ambassador To UN Violated Law
By Ryan Biek
By Ryan Biek
October 4, 2017
The Office of Special Counsel found Ambassador Nikki Haley violated the Hatch Act, but for now it has just given her a warning.
SHOW TRANSCRIPT

The U.S. Office of Special Counsel says the American ambassador to the U.N. did violate the Hatch Act, but for now, it has just given her a warning.

What exactly did Ambassador Nikki Haley do? Back in June, she retweeted the president, whose post endorsed a Congressional candidate.

The Hatch Act prohibits federal employees from using their official authority or influence to try to sway an election.

An OSC spokesperson noted Haley's Twitter account at the time included so many indications "of her official role as Ambassador ... it gave the impression that she was acting in her official capacity when she used this account to retweet President Trump's message."

President Donald Trump didn't get in trouble because both he and the vice president are exempt from the law. But other members of the executive branch, like Haley, are not.

The OSC decided to only give Haley a warning because it found she hadn't posted any other prohibited material since that retweet. 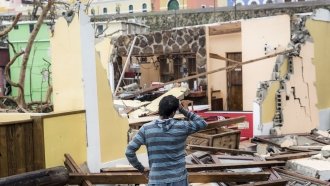 But a letter to the watchdog group that first filed the complaint noted any future prohibited political activity on Haley's part will be considered "a willful and knowing violation of the law."