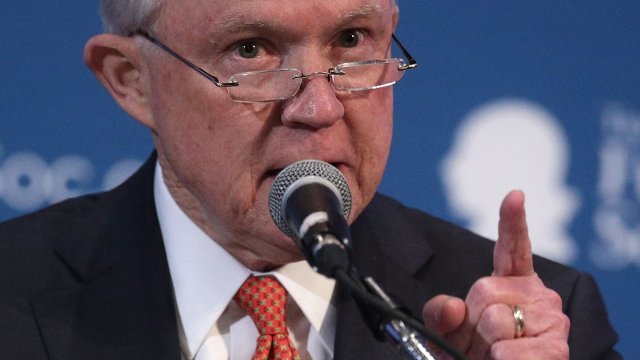 Attorney General Jeff Sessions is not going to appoint a second special counsel to investigate Republican-led accusations against the FBI — for now.

He announced Thursday the U.S. Attorney for Utah John Huber has been investigating the claims. Sessions said he would rely on Huber's findings to determine whether to move forward with another special counsel.

GOP lawmakers asked for a second special counsel to investigate how the FBI obtained a warrant on former Trump campaign aide Carter Page and to look into aspects of the Hillary Clinton email investigation.