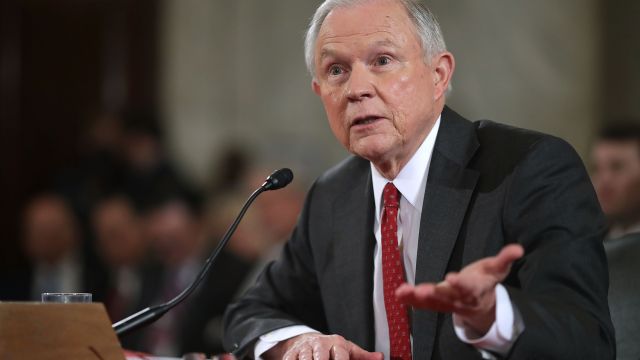 During his confirmation hearing, Sen. Jeff Sessions broke with his boss-to-be on at least one major issue.

Sessions replied, "Congress has taken an action now that makes it absolutely improper and illegal to use waterboarding or any other form of torture."

But during a 2015 campaign rally, President-elect Donald Trump told his supporters, "So they can chop off the heads of an American Christian, and we can't waterboard? It's not fair." 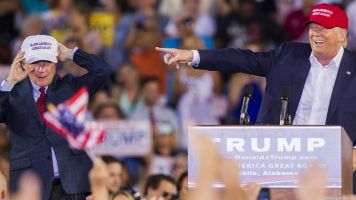 Trump has repeatedly promised to reintroduce waterboarding and other measures defined as torture by Congress. Sessions, who's in line to be Trump's attorney general, told Congress he considers those practices illegal under current law.

Trump told his supporters he was calling for "a total and complete shutdown of Muslims entering the United States."

But Sessions said during his hearing, "I have no belief and do not support the idea that Muslims as a religious group should be denied admission to the United States."

Trump did later walk back his blanket ban on Muslim immigration, calling instead for tougher vetting processes.

But Sessions previously said it was "appropriate to begin to discuss" Trump's original ban when he proposed it. Sessions also voted against an amendment preventing the Senate from creating a religious immigration test.