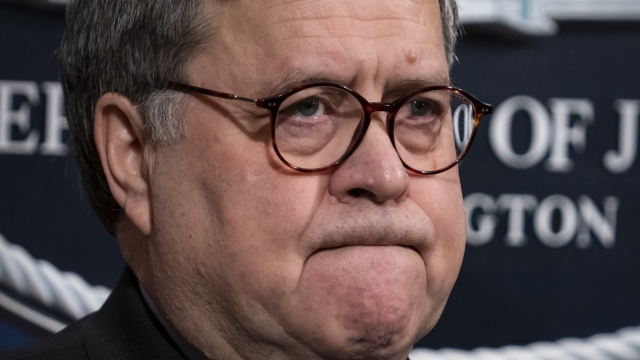 ​Attorney General William Barr said he doesn't expect a DOJ probe into the Russia investigation "will lead to a criminal investigation of either man."

"As to President Obama and Vice President Biden, whatever their level of involvement, based on the information I have today, I don't expect Mr. Durham's work will lead to a criminal investigation of either man," Barr said. "Our concern over potential criminality is focused on others."

Barr denounced what he called "increasing attempts to use the criminal justice system as a political weapon," and vowed that the system "will not be used for partisan political ends" under his watch. He also said that he's committed to not let "efforts to drum up criminal investigations" of either presidential candidate to interfere in the upcoming election.

When asked about the attorney general's comments, President Trump said he was "surprised only in that" he very much believes Obama and Biden had a hand in the FBI's Russia investigation.

"I have absolutely no doubt that Obama and Biden were involved," President Trump said. "And as to whether or not it was criminal, I would think it would be very serious. ... It's a hoax. It started off with a Russian hoax. It went to a Ukraine hoax. It's just a whole big disgrace."