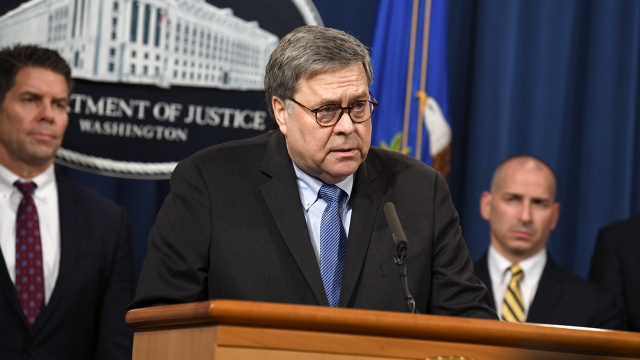 U.S. Attorney General William Barr has announced an independent investigation into whether any federal civil rights laws were violated in the death of Minnesota man George Floyd.

Democrats on the House Judiciary Committee had previously called on the Justice Department to investigate how police handled the deaths of Floyd, Ahmaud Arbery and Breonna Taylor.

The recent deaths of the three Black Americans have sparked outrage across the country. Floyd died this week after a Minneapolis police officer knelt on his neck. Taylor was shot in her apartment during a Louisville Metro Police Department raid in March. And Arbery was killed in February by a former police officer in Georgia, but an arrest wasn't made until last month.

In a letter sent to the DOJ Thursday, lawmakers said they wanted an investigation into whether police actions in Floyd and Taylor's deaths were part of a "pattern or practice of unconstitutional conduct" by the respective police departments; and whether local prosecutors "conspired to deprive Mr. Arbery of his constitutional rights."

House Judiciary Committee Chairman Jerry Nadler said the committee would consider legislation to address police racial profiling and excessive use of force, as well as the "lost trust" between law enforcement and their communities.