After Tragedies, How Soon Is Too Soon For TV To Address Violence? 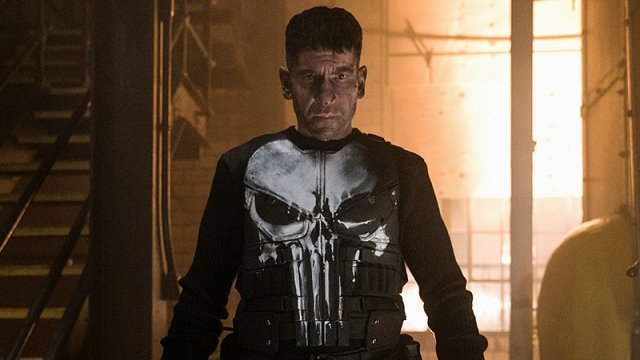 Following the shooting in Las Vegas, Marvel and Netflix canceled an event for "The Punisher."

In the wake of mass shootings and high-profile tragedies, many in the entertainment industry are forced to answer the question: How soon is too soon to address violence?

As politicians react to Las Vegas with press events and speeches, Marvel and Netflix announced Wednesday that "The Punisher" would leave the spotlight.

Not yet released, "The Punisher" follows the story of violent and vengeful Frank Castle. The character's weapon of choice? Guns — a lot of them.

Because of that, Netflix and Marvel decided "it wouldn't be appropriate" for the show to have a panel at New York Comic-Con.

Officials say 12 of the firearms found in the gunman's Mandalay Bay hotel room were equipped with what's called a bump stock or a bump-fire stock.

Earlier this summer, after a gunman opened fire at a congressional baseball practice, NBC pulled an episode of "The Carmichael Show" from its schedule. The episode, called "Shoot-Up-Able," followed the aftermath of a mass shooting from the perspective of a survivor.

Actor and writer Jerrod Carmichael criticized NBC's decision. He said he hoped the episode would foster dialogue about the issue while still respecting the victims.

When the episode finally aired, The Daily Beast said it was "maybe one of the most important episodes about processing a mass shooting TV has produced."

Other TV shows that had episodes pushed back after major tragedies include "Shooter," "Mr. Robot" and "Hannibal."