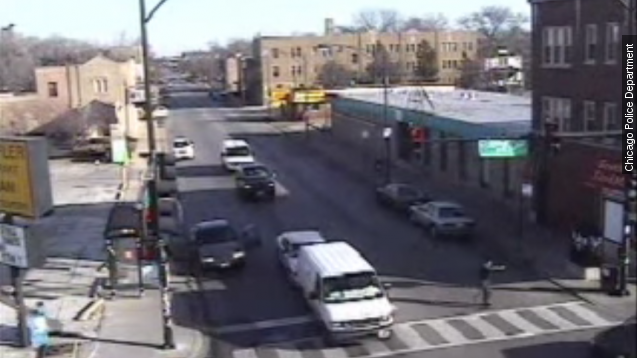 SMS
After Three Years, City Of Chicago Releases Video Of Chatman Shooting
By Jamal Andress
By Jamal Andress
January 14, 2016
After years of opposition, the city of Chicago has released the video of Cedrick Chatman, an unarmed black teen, being shot by police in 2013.
SHOW TRANSCRIPT

More than three years after 17-year-old Cedrick Chatman was shot and killed by Chicago police, the city has released video of the shooting to the public.

The altercation captured on camera is only about 20 seconds long, but it does show Chatman running away from officers before being shot.

The officer who shot Chatman, Kevin Fry, claims Chatman turned toward him with a dark object in his hand, and that's what caused him to fear for his life. The object turned out to be a black iPhone box.

Chatman's family had been fighting to get the city to release the video of the shooting for years to no avail, but Wednesday the city abruptly dropped its opposition to the video's release.

Its release comes just weeks after Chicago PD released dash cam video of another unarmed black teen being shot and killed. But, unlike in the Laquan McDonald case, officer Fry has not been charged in the shooting.

This video also brings more controversy to Mayor Rahm Emanuel's doorstep; the mayor has been dealing with calls for his resignation since the McDonald shooting video was released.

Chatman's family has filed a wrongful death suit against the city, which is still ongoing.