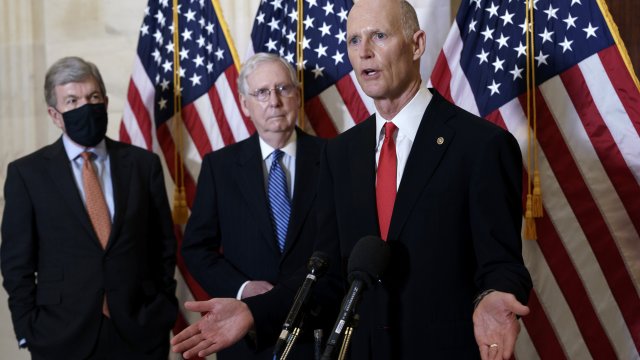 President Trump leaving office and losing support among a lot of GOP lawmakers. Who is leading the GOP?

President Trump leaving office and losing support among a lot of GOP lawmakers, who is leading the GOP right now?

That is a great question, Christian. And I think it really depends who you ask at this point. I think a lot of people will still say that Mitch Mcconnell is definitely a big player in the Republican party right now certainly on the senate side. He is still very good at keeping, you know, the ducks in the row so to speak. You look to the house side and Kevin Mccarthy, the house now minority leader, but the two of them are very different from each other and that sort of demonstrates this kind of splinter effect we are seeing happening in the Republican party. Something telling that represent sieve Liz Cheney head of the GOP caucus, calls for her removal ever since she supported President Trump's second impeachment That is very telling. Time will tell in terms who have is going to be the uniting force behind the Republican party because there is still many lawmakers who are very loyal to President Trump, and will continue to take their cues from them even after they leaves.