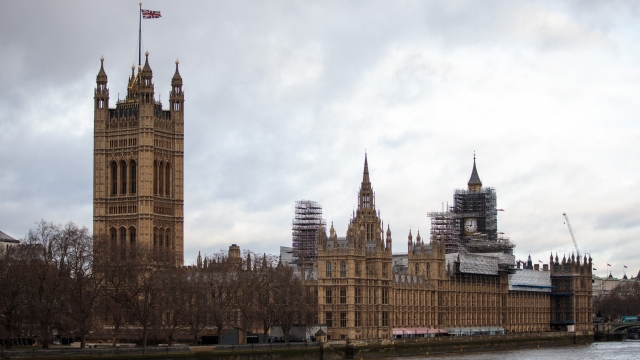 In the wake of the fire that engulfed Notre Dame Cathedral in Paris, U.K. lawmakers are warning that one of their own country's historical sites could similarly go up in flames: The Palace of Westminster.

It's been home to U.K.'s Parliament for centuries. The building that currently stands along the River Thames was built after a fire almost completely destroyed the previous version in 1834.

Despite it being a much newer structure than Notre Dame, Labour Party leader Jeremy Corbyn told reporters the Palace of Westminster still posed a fire risk, calling the state of it "very poor."

Fire crews are required to patrol the Palace 24/7, because outdated electrical wiring poses a huge hazard.

And cabinet minister David Lidington recently wrote about the crumbling building for a local newspaper, saying, "The electrical, plumbing, heating and sewerage systems are well beyond their expected working life span and in a dilapidated state."

To its credit, Parliament's approved a six-year renovation plan to overhaul the Palace that's expected to cost at least $4.5 billion. But that work isn't slated to start until after lawmakers move out in 2025.

Following the fire in Paris, a parliamentary spokesman said that "fire safety is a key priority" and it "[stands] ready to learn any lessons that emerge from the fire at Notre Dame to ensure we do everything possible to protect our people and buildings."