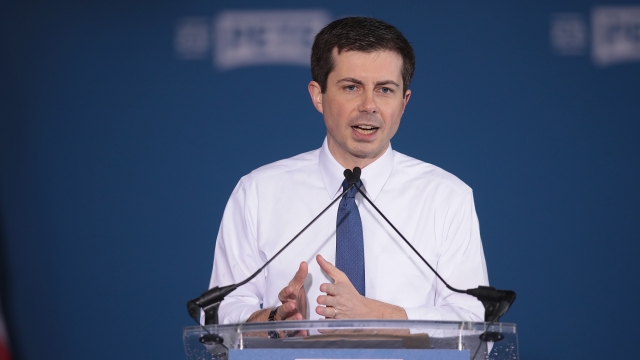 After an apparent third place finish in Nevada’s caucuses, Presidential Candidate Pete Buttigieg brought his message of generational change to a crowd of voters in Northern Virginia

"The way we will build the movement to defeat Donald Trump will be to call people into our tent, not to call them names online," Buttigieg told the crowd.

Virginia is one of 14 states which have primaries on Super Tuesday, when more than a third of all Democratic delegates will be awarded.

"I view things a little differently from Sen. Sanders," Buttigieg told supporters. "I don't believe we can allow ourselves to get to the point where it feels like fighting is the point. The point is not the fight, the point is what lies on the other side of the fight."

"After today, after listening to him, I think after people would actually hear his message and listen to what he's all about." said voter Mark Eramo. "Yeah, I think he's viable and I think he could actually inspire a lot of people to come out there. I think thats really what its all about."

"We’re just ready," declared voter Nivvi Tareen. "We’re ready for change and we’re ready for the election. If it was tomorrow we would be really really happy."

Buttigieg's next stop will be South Carolina, ahead of the Palmetto State’s primary on February 29th.