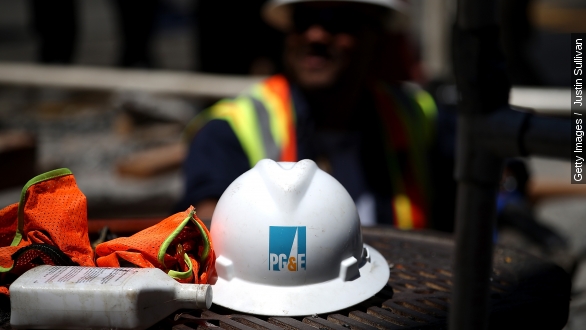 One day after a pipeline in Fresno, California exploded injuring 11 people, authorities say some of them are being allowed to head home.

"Listen to it coming out of that pipe."

ABC reports, "Witnesses saying they saw flames shooting up about 200 feet into the air."

"You can feel the heat."

The Pacific Gas and Electric Company natural gas line exploded Friday afternoon; as of now, no one was killed in the accident. The exact cause of the blast isn't yet known, but authorities believe a road crew at the pipe using heavy equipment may have accidentally hit the line. Three people are still in critical condition.

"The way it was described to me when this explosion took place was that it sounded like a jet engine going off," said Fresno County Sheriff, Margaret Mims.

​KNTV reports, "To get a sense of just the intensity of that explosion, plastic garbage cans nearby melted."

Not long after the explosion, PG&E released a statement saying in part, "Our primary concern is always the safety of the public and our employees. ... As we continue to investigate this incident, we remind all of our customers of the importance of calling 811 before they do any type of digging project. Digging into gas pipelines can have serious safety consequences."

PG&E has had to deal with this kind of issue in the past. Back in 2010 a PG&E gas line exploded in San Bruno, California killing eight people.

As The Christian Science Monitor notes, the company reacted to that explosion by replacing or upgrading around 318 miles of pipe and improving its leak-detection technology.

In addition to the state penalties, PG&E faces 27 federal charges for the 2010 incident. As far as this recent explosion, an investigation will have have  to be completed before it's clear who is to blame.