After Falcon Heavy, What's Next For SpaceX? 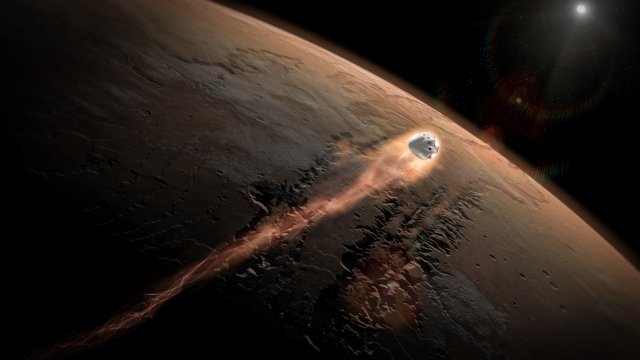 Now that SpaceX has sent a car cruising into deep space, you might be wondering: What's next? It turns out the company is moving on to even more exciting projects, like sending a crew into space and building an even bigger rocket.

It seems counterintuitive, but even though the Falcon Heavy only launched for the first time Tuesday, its design is already pretty much finished. That's because of progress made on the earlier, smaller Falcon 9 rockets. 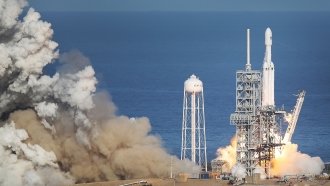 SpaceX has been launching, testing and refining the Falcon 9 since 2010, giving it more thrust and figuring out the best landing legs. CEO Elon Musk told reporters the latest version of the rocket is the last one.

The company's new top priority is its Dragon 2 capsule — the version designed to carry a crew. The current Dragon has been used to deliver supplies to the International Space Station since 2012, but its successor is also set to carry astronauts. Since Dragon 2 has been in the works for a while, we might actually see its first manned flight this year.

We might also see some testing on the Big Falcon Rocket, a new and enormous rocket that's designed to replace the Falcon 9s and Falcon Heavys. It's meant to be able to go anywhere, from low Earth orbit to Mars, and return to Earth safely.

It won't be operational for several years, but Musk said we might see some short liftoffs at the company's test facility in Texas by the end of the year.