Is Virginia Still A Swing State? 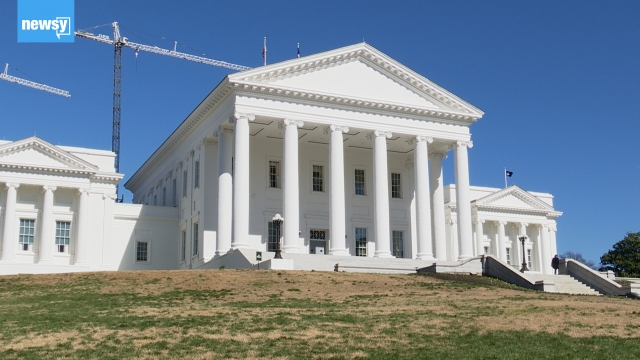 Virginia: the state that sits on the frontier of the south has long been viewed as a swing state, with the majority of statewide offices held by Republicans for much for the 1990’s and early 2000’s.

But over the past decade, Republican hegemony has shifted.

In 2017, Democratic candidates made huge inroads in Virginia, winning 15 formerly Republican seats in the state’s House of Delegates.

A year later, Democrats again made gains in the state, taking control for the first time since 1994.

These elections were a wakeup call for Mike Ginsburg, one of the founders of the Suburban Virginia Republican Coalition, now working to elect Republicans across suburban areas of the state.

"We have off cycle elections," Ginsburg said. "So you have an election the year later after 2016, the first, you know, statewide state election in the country is Virginia, so a lot of people focus on Virginia in a way that, it gets national attention in a way other states midterm elections don’t."

In the state, long-held Republican districts were undergoing a shift, a long time in the making.

"The Republicans' emphasis on social issues drove away some of their higher income suburban voters," explained Fmr. U.S. Rep. Tom Davis of Virginia, a Republican who retired from Congress in 2009.

Davis' former seat is now held by a Democrat. He traces the state's shift to the election of Barack Obama in 2008.

"Obama brought out and empowered a group of people who never voted before," Davis told Newsy. "Young voters and African Americans and ethnic voters, who saw their own aspirations embodied in electing the first African American and son of an immigrant."

Over the past 10 years, suburban Republicans in Virginia have increasingly shifted away from the GOP. And the election of Donald Trump, may have played a role.

So, with Democrats sitting atop the state’s legislature, and controlling the House of Delegates, did the election of Donald Trump once and for all defeat Virginia’s longtime swing-state status?

The Democratic Party of Virginia says, not so fast.

"Yes, very much a swing state," said Susan Swecker, Chairwoman of the Democratic Party of Virginia. "And I say even sometimes to our own Democrats, you know, 'We’re not California, we’re not that blue, we are a purple state we are a swing state,' Even the DNC has even said we’re a battleground state."

Though the state Democratic Party isn’t taking 2020 for granted, polling seems to indicate Democrats have the upper hand in statewide races. And any room for growth among Republicans may be years off.

"There are a lot of young Republicans that are running for town councils and things like that," said Ginsburg. "When we rebuild that bench, I think we will be able to win those elections."