After Decades Of Abuse, Native Americans Struggle To Trust Government 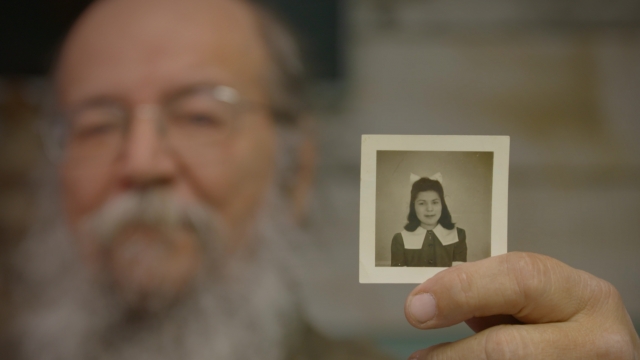 The federal government says it wants to bring attention to thousands of murdered or missing native women and children. But a long history of broken promises have many Native Americans questioning whether its can be trusted.

"The one thing I remember as a child was that we were taught, we were taught to hide, and she was so afraid that someone, the government or whoever the powers that be, were going to come and grab us," Grand River Bands Tribal Chairman Ron Yob said.

Ron Yob grew up in this small home in downtown Grand Rapids in the '60s. Before he even learned how to walk, his mother, Angeline Kelsey, taught him and his siblings to be prepared if a person in uniform showed up at their door.

"When people knocked on the door we had a lot of paranoia. I could — I don't think that paranoia ever left me," Yob told Newsy.

Kelsey was one of thousands of children forcibly taken from their homes and sent to more than 300 boarding schools across the country.

"That traumatic experience stayed in her mind 30 years later. At that time they were still trying to quote-unquote 'civilize' the Indians," Yob said.

Yob says his mother and her brother were taken from their family in the 1930s. She was 5 years old. They were taken to Holy Childhood in Harbor Springs, nearly 200 miles north of Grand Rapids.

Native American groups have record of thousands of tribal children who were taken away from their families.

The idea of "American-izing" Indians began in the 1800s. By the 1920s, up to 85% of all Native American children were forced to assimilate.

"Quite infamously, the phrase 'kill the Indian, save the man' was said by General Richard Henry Pratt, the founder of the Carlisle Indian School, the first Native American boarding school of its kind and really the flagship model,” Rule told Newsy.

At Indian boarding schools, students were prevented from speaking anything other than English.

"Native children who spoke their tribal languages rather than English would receive, you know, poison placed on their tongues to burn their tongues. There was rampant sexual and physical abuse, for, you know, identifying in any sort of way with their cultural practices, including language or spirituality, but also with just breaking the rules," Rule said.

Students went missing. It is unknown how many.

"If you go to many of these schools, you'll see children's cemeteries, which is actually a huge issue today as tribes are making the effort to repatriate some of those remains. And as they're going through that process, they're finding that a lot of the graves, you know, are unmarked," Rule said.

Government funding for the schools began to dwindle after World War I, causing most of them to close by the 1920s. But some, like Holy Childhood, stayed open until the early '80s.

"I went to Holy Childhood in Harbor Springs, Michigan. I was 6 years old," Phillip Cantu said.

Many, like Phillip Cantu, say they had a great experience during their time in boarding school and chose not to return home.

"I learned a lot. I learned, you know, you learn about brushing your teeth and keeping clean and all that kind of things like that. You know, sitting up straight, doing your homework, things that ... after I got out of eighth grade that I knew when I went to high school, it was nothing new to me," Cantu said.

His school was part of a "military structured" system, meaning the curriculum focused more on teaching trades and less on academics.

"The types of education that they received were not to set them up to become professionals, right, but rather to become workers. For women it was being a domestic worker most often. For men it was some type of manual labor," Rule said.

As a teacher for more than 30 years, Yob says he has seen the long-lasting impacts boarding schools have has had on his community.

Trust and respect are two concepts he and Cantu hope the new Missing and Murdered Indigenous Persons Initiative and task force will eventually earn.

"Well, it's going to do positive things for people because it's bringing an awareness that that was denied before. That's the biggest thing," Yob said.