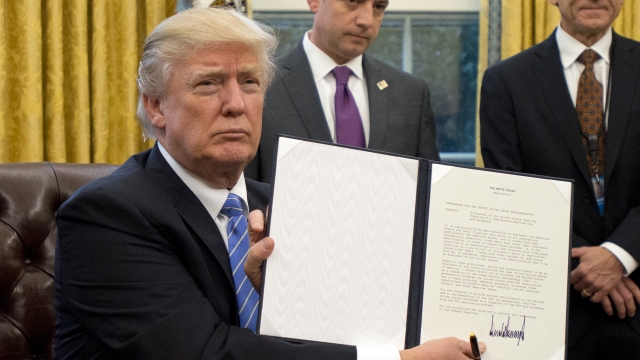 SMS
After Losing Court Battle, Trump Hints At A New Immigration Order
By Grant Suneson
By Grant Suneson
February 10, 2017
President Trump said he could draft a new executive order restricting travel after his first one lost in court.
SHOW TRANSCRIPT

Less than a day after his travel ban was handed a unanimous defeat in the 9th U.S. Circuit Court of Appeals, President Trump hinted that he could sign another similar immigration order.

Talking about the measure's defeat, Trump told reporters, "We also have a lot of other options, including just filing a brand new order."

This is a bit different than the president's initial reaction: an all-caps tweet reading "SEE YOU IN COURT," likely referencing a Supreme Court challenge to the ruling.

The president said the hypothetical new order wouldn't change much from the old one, but that might not be good enough. The judges found a lot of problems with the first order. 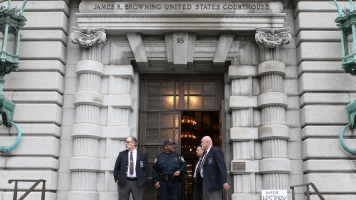 Court That Just Ruled Against Trump Could Face Breakup

The panel said the ban would likely violate due process of legal permanent U.S. residents. It also had issues with the fact that no one from the seven countries the order targeted had committed a terrorist attack against the U.S.

One thing they won't be able to change: Trump's campaign trail calls for a Muslim ban. Those have been used against him in court to argue that this order is discriminatory because it specifically prioritized religious minorities from seven Muslim-majority nations.

It's worth noting the judicial system hasn't rejected Trump's immigration ban on its merits — Thursday's ruling just asserted the courts' ability to review the order.

It's unclear whether the president actually plans to file a new order, but he said one could be ready by early next week.