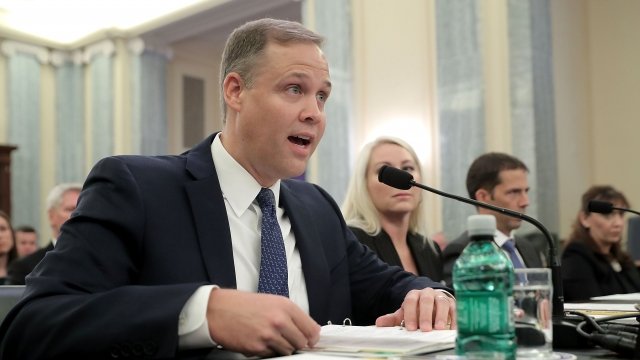 After 15 months without a permanent administrator, senators narrowly approved Rep. Jim Bridenstine as the new head of NASA. His rocky confirmation, past experience and scientific beliefs set him apart from his predecessors and could preview a shift in how NASA operates.

When President Donald Trump announced Bridenstine as his nominee to take over NASA, Democrats were concerned it could politicize a traditionally nonpartisan job. Most administrators have been approved nearly unanimously, but Bridenstine only got through by a single vote.

Critics also said Bridenstine is not qualified to run NASA. Past administrators mostly came from science-based backgrounds. Bridenstine is a former U.S. Navy pilot but doesn't have much experience on the science side. He's also the first-ever elected official to serve in the role. 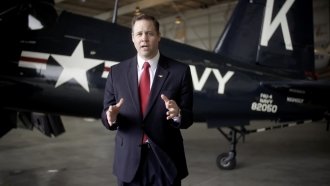 This Is President Trump's Official Pick For NASA Administrator

And scientists say Bridenstine's views could stifle NASA research on climate change. NASA spends lots of time and money to track the effects of our warming planet. But Bridenstine has never agreed with the scientific consensus that humans are the primary drivers of global warming.

Experts say this tumultuous confirmation process could make it difficult for the agency to run efficiently going forward. One political scientist noted that Bridenstine has an "uphill climb" to prove he's fit for the job.