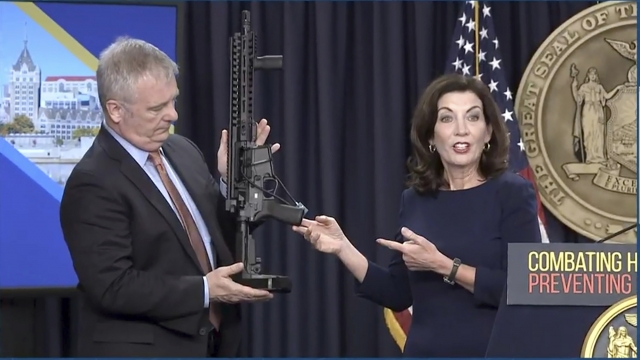 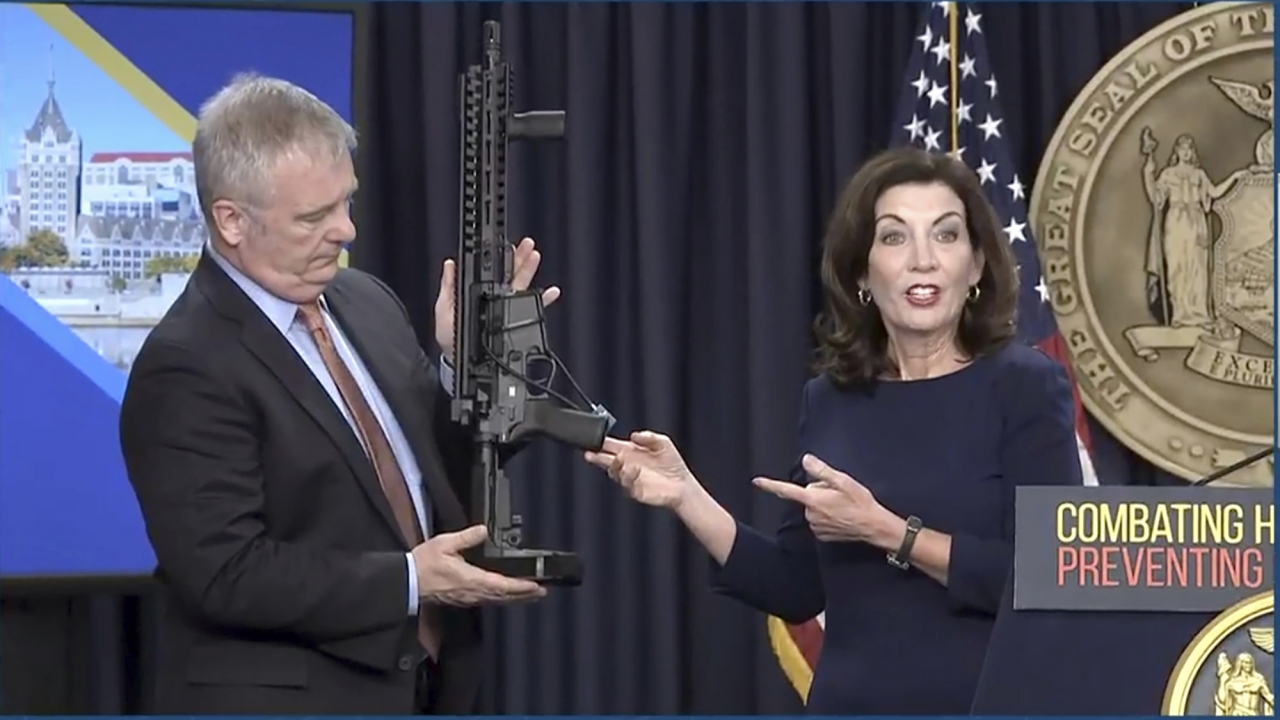 New York would require state police to seek court orders to keep guns away from people who might pose a threat to themselves or others under a package of executive orders and gun control bills touted Wednesday by Gov. Kathy Hochul in the aftermath of a racist attack on a Buffalo supermarket.

The Democrat's announcement came days after a white 18-year-old wearing military gear killed 10 Black shoppers and workers at the supermarket using a rifle purchased legally a few months ago.

New York is among states that have a so-called "red flag" law, which allows law enforcement officials to petition a court to take away someone's firearms if they are potentially dangerous because of a mental health problem.

That law was in place last spring when state police questioned the gunman over comments he made as a senior at Susquehanna Valley High School about wanting to commit a murder-suicide. He was taken to a hospital for a psychiatric evaluation under a state mental health law, and released a day and a half later.

State Police did not, however, initiate the court process to temporarily take away the shooter's access to guns following the incident.

Hochul said state police must now file for extreme risk protection orders under New York's red flag law when they have probable cause to believe someone is a threat to themselves or others.

New York will also track and try to stop violent domestic extremism on social media through new units in the state police and the state's Division of Homeland Security and Emergency Services.

The new units will fund local threat assessment management teams, as well as track and intervene when people show signs of radicalization through their social media posts. New York will also train law enforcement, school and mental health professionals about the uptick in domestic and homegrown violent extremism and radicalization.

"We're watching you now," Hochul said. "We know what you're up to. And we'll be coming after you."

The governor wants lawmakers to pass her bill to make more kinds of guns subject to the state's firearm laws. Hochul, a Buffalo native, said the nation has almost become desensitized to the devastation of mass shootings and gun violence, and the spread of extremist ideology online.

"I hope to God this is the wake up call this country has needed," Hochul said, speaking to reporters in New York City.

"We believe that together these steps are necessary to confront the stem of rising hatred, widespread extremism in our state," Hochul later added.

Appearing with the governor, the Rev. Al Sharpton said racism and violence pose an "existential threat to this country," and said he hopes Hochul's executive orders will address the spread of white supremacy and online radicalization.

"Because there was a time our parents had been running from the Klan, Ku Klux Klan," he said. "But the Klan wore hoods hiding them from the world. We're living in a time where bigots livestream and show you who they are."