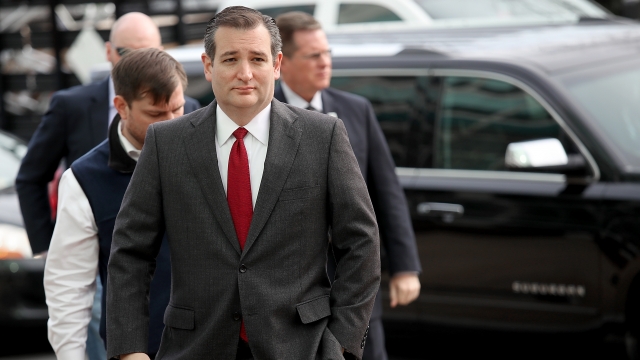 Texas Sen. and presidential candidate Ted Cruz has responded to the terror attacks in Brussels by calling for more police surveillance in Muslim communities.

"In the wake of Brussels, we don't need another lecture from President Obama on 'Islamaphobia.' We need a commander-in-chief who does everything necessary to defeat the enemy," Cruz said at a news conference.

Cruz also criticized President Barack Obama for visiting Cuba, calling for him to either come back to Washington, D.C., or go to Brussels.

And last but not least, he demanded Obama halt his plan to resettle Syrian refugees in the U.S.

The executive director of the Council on American-Islamic Relations told the Houston Press Cruz's call to let police "patrol and secure" Muslim neighborhoods was "unconstitutional, un-American and unbefitting for one of the leading presidential candidates."

Cruz's statement comes after Donald Trump called for a temporary ban in December on all Muslims entering the U.S. following the San Bernardino terror attacks.