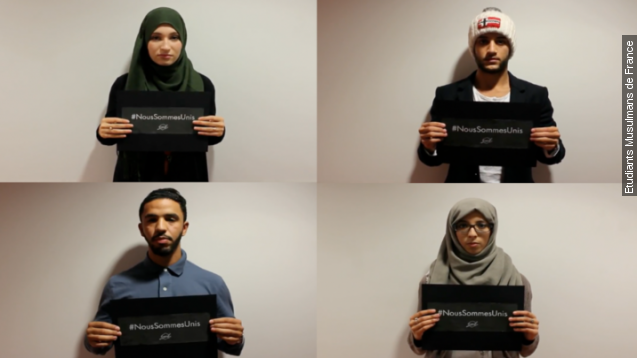 "Research abounds and shows that these individuals are criminals, dangerous persons and that religion has nothing to do with that," Dounia Ben-allal told us in Paris.

She's part of a group of students working to knock down misconceptions about Islam with this video.

Twice in one year, Islamic radicals attacked Paris. After Charlie Hebdo, anti-Muslim incidents were up 281 percent.

"I'm not going to lie. The period after Charlie Hebdo was very hard because some people made a parallel between those that led the attacks and the French Muslims citizens in general," Yanis Khalifa said.

"We hope that the authorities will appeal for calm and caution and won’t fuel the misunderstanding like it was handled post-Charlie... These are radicalized individuals. ... For radicalized people, religion is a mere framework," Ben-allal said.

"Today, in front of this terrorism, we have to promote a single message: We are united. The union is here. It is in France," Iaad Ben Dhia said.

Rebecca Zissman and Laura Welfringer contributed to this report.