Afraid Of Math? Stanford Study Says Get A Tutor 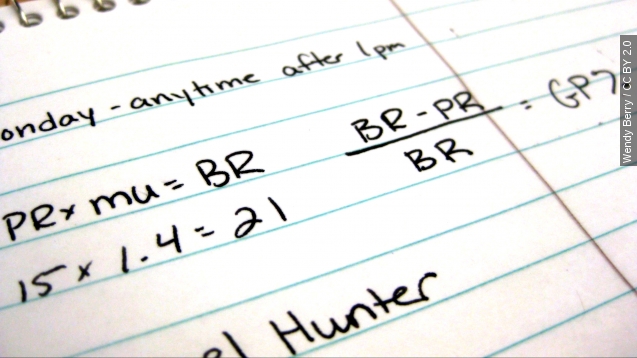 SMS
Afraid Of Math? Stanford Study Says Get A Tutor
By Mikah Sargent
By Mikah Sargent
September 9, 2015
A new study published in the The Journal of Neuroscience says a child's fear of math can be alleviated by one-on-one tutoring.
SHOW TRANSCRIPT

If you’re anything like us, just glancing at a math problem can be a bit troubling.

But for some, math can be legitimately terrifying. Math anxiety is “a feeling of tension, apprehension, or fear that interferes with math performance,” wherein the fear center of the brain is activated.

But a new study published in The Journal of Neuroscience says one-on-one tutoring can help relieve math anxiety while, of course, improving performance.

Researchers from Stanford’s School of Medicine wanted to test whether treating math anxiety like any other phobia would yield positive results.

In many cases, phobias are treated using exposure therapy. Someone afraid of snakes, for example, would be slowly exposed to the animal over a period of time while learning how to manage their fear of the slithery creature.

Exposing children to math problems with the helpful, calming presence of a tutor had measurable results. The researchers monitored the activity of the amygdala — a part of the brain that helps process emotions, including fear.

After eight weeks of tutoring, there was no measurable activity in the fear center of the brain when the children were tasked with math problems.

Time quotes the study's authors who suggest this is because "repeated exposure can make the child feel more in control of situations involving mathematical problem solving."

So maybe there's something to those multiplication table tests I used to hate taking after all.