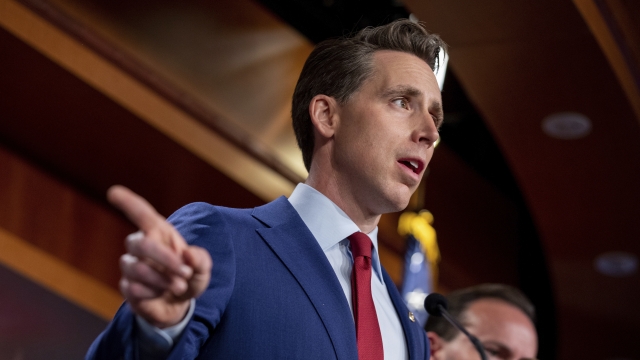 SMS
Afghanistan Withdrawal Sparks Political Finger Pointing In Congress
By Simon Kaufman
By Simon Kaufman
August 27, 2021
Lawmakers on both sides of the aisle are looking for someone to blame following the attack at the Kabul airport in Afghanistan.
SHOW TRANSCRIPT

On Capitol Hill, lawmakers on both sides of the aisle are reacting to the attack at the Kabul airport in Afghanistan. The withdrawal has sparked a game of political finger pointing.

Republicans say President Biden is to blame for how he's handled the withdrawal but some Democrats say he was finishing a job that former President Trump already started. 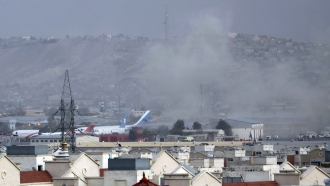 "Look, both people bear blame here," Illinois Congressman Adam Kinzinger said. "I know in such a tribal moment we live in, we can't fathom Republicans and Democrats can bear blame, but President Trump set up a deal. ...Then he empowers Pompeo to negotiate a deal. They weren't following the deal, the Taliban, they still went foraward as if this deal was working. ...At the same time, Joe Biden, who has reversed a lot of President Trump's stuff, including sanctions, made the decision to leave. He owns this decision as much as President Trump and the execution. I just think both Republicans and Democrats have failed the American people."

But not all lawmakers think the blame should be shared.Senator Josh Hawley of Missouri is one of a handful of Republicans who says President Biden should resign. He called the attack a product of President Biden's "catastrophic failure of leadership."

My further statement on Joe Biden’s abject failure in Afghanistan that is costing American lives by the hour pic.twitter.com/KaHVMYbKTe

Democrats have mostly stood by the President but many are pushing back on his timeline for withdrawing.

Senator Richard Blumenthal said ISIS, Al Qaeda or the Taliban cannot dictate the timeline for protecting the lives of American soldiers and Afghans who helped the U.S.