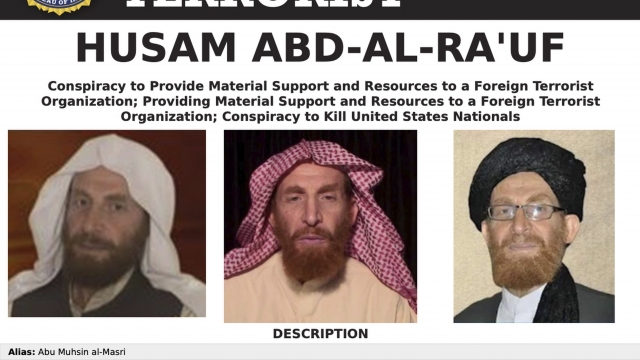 SMS
Afghanistan Says It Killed Key Al-Qaeda Leader
By Bailey Vogt
By Bailey Vogt
October 25, 2020
Husam Abd al-Rauf, who was on the FBI's most wanted list, was killed during an operation in East Afghanistan.
SHOW TRANSCRIPT

Afghanistan said Sunday it has killed a member of Al-Qaeda on the FBI's Most Wanted list.

Husam Abd al-Rauf was killed during an operation in East Afghanistan, according to officials. He was a top propagandist who worked as Al-Qaeda's media chief for years. The FBI said he was wanted for supporting a terrorist organization and conspiracy to kill Americans.

Al-Qaeda has yet to acknowledge the death, which follows almost a month of violence across the region, including a suicide bomber Saturday at a Kabul education center that killed 24 people.

The violence and potential death complicates peace talks in Qatar between the Afghan government and the Taliban.

It also muddies the exit for the U.S. — who is looking to withdraw from the region after nearly two decades.