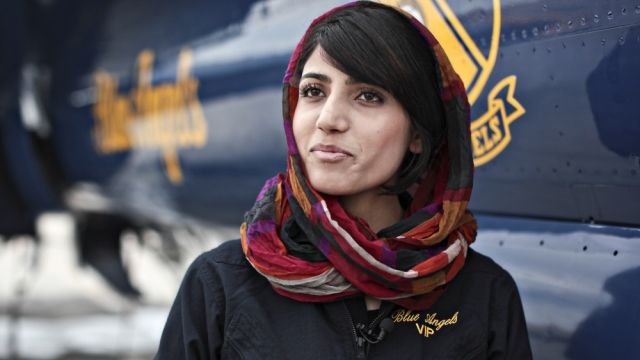 Afghanistan's first female pilot is seeking asylum in the U.S. after receiving death threats from the Taliban and members of her own family.

Capt. Niloofar Rahmani came to the U.S. in 2015 to train with the U.S. Air Force. That training ended earlier this week, but Rahmani says she's too afraid for her life to go back.

Rahmani was 10 years old when the U.S. removed the Taliban from power in 2001. At 18, she enlisted in Afghanistan's air force and became a bit of a celebrity when she earned her wings in 2013.

The head of the Afghan air force has warned pilots against seeking asylum in the U.S., saying they'd be deported and arrested if they did.

Afghan soldiers have sought asylum during training in the U.S. in the past. Three soldiers famously tried to cross the border into Canada in 2014 and said they feared for their lives if they had to return home.

Rahmani says that if she's granted asylum she'll continue flying, either for the U.S. or as a commercial pilot.