How Afghanistan Reacted To Trump's Military Plans For The Country 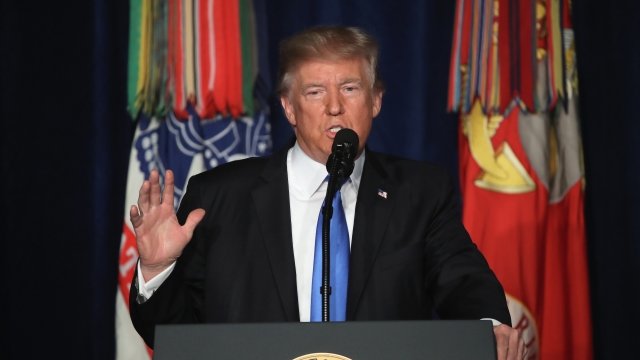 SMS
How Afghanistan Reacted To Trump's Military Plans For The Country

By Lindsey Pulse
August 22, 2017
Afghan officials seem to be on board with reinvesting military resources in the area.
SHOW TRANSCRIPT

Afghanistan seems to be on board with President Donald Trump's pledge to reinvest military resources in the area.

Trump outlined his strategy for Afghanistan on Monday in Fort Myer, Virginia. The announcement was short on details, but Trump repeatedly said U.S. troops will "win" and said the U.S. will aim to prevent "the Taliban from taking over Afghanistan."

Trump said: "My original instinct was to pull out, and historically, I like following my instincts. But all my life I've heard that decisions are different when you sit behind the desk in the Oval Office. ... The consequences of a rapid exit are both predictable and unacceptable."

The U.S. has been on the ground fighting in Afghanistan since 2001. Currently, about 8,300 U.S. troops are in the country.

Afghan President Ashraf Ghani said he was grateful for Trump recommitting to the war and for having U.S. support. The chief executive in Afghanistan and Afghanistan's ambassador to the U.S. shared similar sentiments. 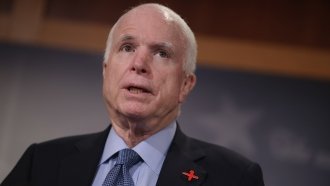 The group said, "It looks like America does not want to put an end to its longest war, and instead of realizing the realities, it still is arrogant on its might and force."

The group recommitted to its fight against the U.S.

But The Washington Post reports commentators and others were hesitant to accept Trump's strategy and pointed out he didn't explicitly say how the U.S. will handle the Taliban.