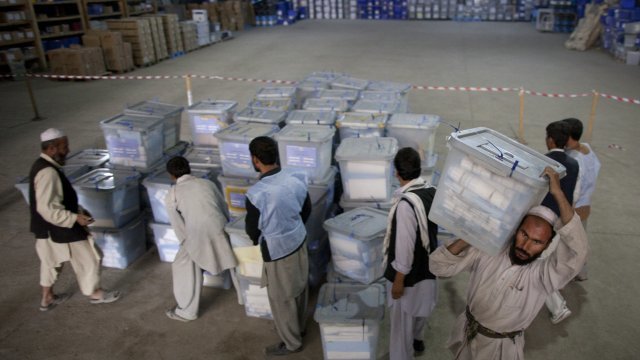 Afghanistan is postponing its presidential election — originally scheduled for April — until July 20. Officials say the delay will give them time to fix technical problems that popped up in the country's parliamentary elections back in October.

Those elections faced fraud allegations and delays in the results. The few election commission staffers who were trained on a biometric identification system reportedly didn't show up to polling locations, and voters had issues finding their names on voter lists.

Afghanistan's Independent Election Commission said it strives to make the presidential election transparent and credible. A spokesman for the commission previously told news outlets that officials needed more time to verify voter lists and train staff on the ID system, so there isn't a repeat of what happened in October.

Opposition parties had called for the presidential election to be held as scheduled in April, but they reportedly didn't argue with the delay, saying it could give the government some time to set up additional anti-fraud legislation.