This Afghan Female Rapper Still Throws Down After Threats 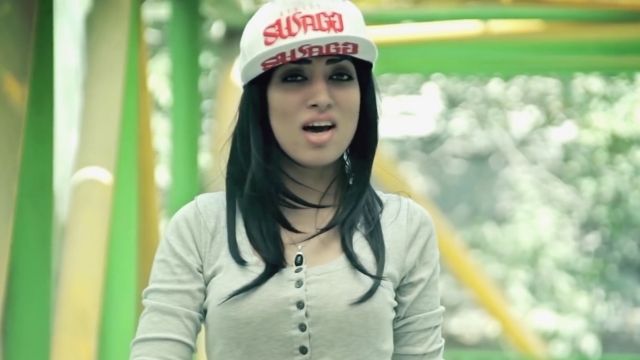 SMS
This Afghan Female Rapper Still Throws Down After Threats
By Melissa Prax
By Melissa Prax
December 16, 2016
The threats Paradise Sorouri has received have driven her to keep making music.
SHOW TRANSCRIPT

What's happened to her has only inspired her more. Sorouri's music is about embracing female empowerment and calling out inequality — like violence against women.

Her videos show her sporting a baseball cap instead of a traditional hijab.

Living in Afghanistan was dangerous, so she moved to Germany with her fiancé, who's also her music partner.

And Europe is digging what she's throwing down. She's already scored several gigs and is ready to drop another music video.