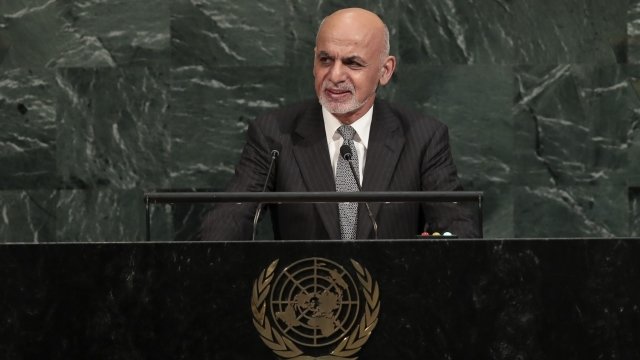 Afghanistan's president has announced that a temporary ceasefire has been called between Afghan forces and the Taliban.

It'll run from June 12 through June 19, coinciding with the end of the fasting month of Ramadan. Afghan President Ashraf Ghani said in a statement that fighting will still continue with ISIS, though.

Ghani tweeted: "With the ceasefire announcement we epitomize the strength of the Afghan government and the will of the people for a peaceful resolution to the Afghan conflict."

He also said the ceasefire is an opportunity for the Taliban to realize that their "violent campaign is not wining (sic) them hearts and minds but further alienating the Afghan people from their cause."