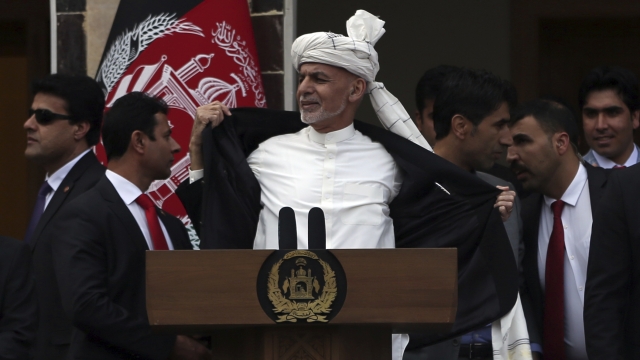 The Afghan government has agreed to release 1,500 captured Taliban fighters if they sign contracts promising they won't return to the battlefield.

The prisoner release was approved by Afghan President Ashraf Ghani as part of negotiations to wind down the more than 18-year war. The Taliban in turn has agreed to free 1,000 government troops.

The U.S. and the Taliban signed a peace accord last month that could end the longest American military campaign in history. The agreement called for a phased withdrawal of U.S. troops and release of up to 5,000 captured Taliban fighters.

But that agreement has stoked fears of renewed Taliban attacks in the Afghan capital of Kabul. In recent years, including this demonstration after Taliban bombings in the city, protesters demanded that imprisoned fighters be executed.

Those tensions have been slow to ebb because the Afghan government wasn't included in U.S.-Taliban peace talks. President Ghani says his government — not the U.S. — will make decisions on prisoner releases.

Under the decree he signed, the first 100 Taliban fighters will be set free on Saturday, with releases continuing at a gradual rate as long as Taliban attacks are curtailed.

Once peace talks begin between the Taliban and the government, Ghani's decree increases releases to 500 prisoners every two weeks, up to 5,000.

But that depends on conditions on the ground. Just last week, the Taliban attacked Afghan troops in Helmand province. That triggered retaliatory U.S. air strikes and underscored the tense and fragile peace process.