AFGE Still Moving Forward With US Government Lawsuit Over Shutdown 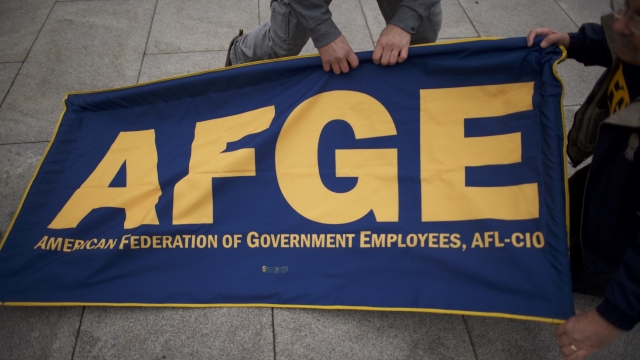 SMS
AFGE Still Moving Forward With US Government Lawsuit Over Shutdown
By Ahmed Jawadi
By Ahmed Jawadi
January 25, 2019
The lawsuit claims that the government is breaking the law by requiring some employees to work without payment.
SHOW TRANSCRIPT

The American Federation of Government Employees said Friday it will move forward with its lawsuit against the Trump administration over the partial government shutdown, despite the president saying he'll sign a bill to keep the government funded for the next three weeks.

The AFGE's national president said in a statement that "While the agreement reached by the White House and Congress will put employees back to work temporarily and allow them to start getting paid, we will not stop fighting until we have full-year funding approved for all our agencies and until all employees are made whole for the income they have lost.”

The group filed the first lawsuit challenging the shutdown on Dec. 31, and filed an amended complaint on Jan. 9. The lawsuit claims that the government is breaking the law by requiring some employees to work without pay.

The shutdown began on Dec. 22 after President Donald Trump demanded funding for a wall in a budget bill, and Democrats refused to agree to that. It has since become the longest shutdown in U.S. history and has affected more than 800,000 furloughed federal workers.