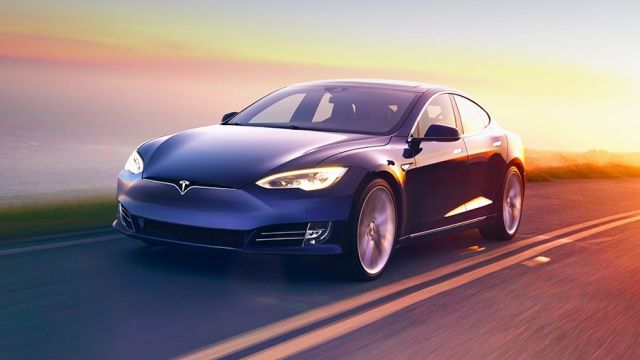 SMS
'Affordable' New Tesla Vehicle Costs More To Perform At Its Best
By Jamal Andress
By Jamal Andress
June 9, 2016
What's really interesting about this car is that it comes with the ability to be a better one — or at least a more powerful one.
SHOW TRANSCRIPT

For all its awards and rave reviews, Tesla is not an affordable car brand. At least not yet.

But to that end, Tesla has brought back a more affordable version of its Model S. It'll cost you about $66,000 instead of the usual $70K and up.

The Model S 60 comes with a 60 kilowatt-hour battery installed — it's less powerful, cutting the car's range closer to 200 miles. The battery also drops the vehicle's top speed to 130 mph.

What's really interesting about this vehicle is that it comes with the ability to be a better vehicle — or at least a more powerful one.

Similarly, all the hardware you need to use Tesla's autopilot feature come with the vehicle, but you have to pay $2,500 for the software that actually lets you take your hand off the wheel.

So if you can handle stopping for a charge a little more often and missing out on some perks, then you can save nearly $40,000 and get what (aesthetically) looks like the exact same car.

Tesla's Model S 60 is the most affordable car in its lineup for now, but that's set to change. The Model 3, which will hit the highways in late 2017, starts at $35,000 — much closer in price range to other popular electric cars.