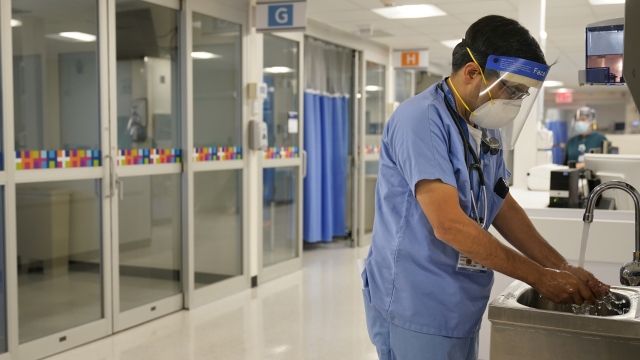 By Bailey Vogt
November 1, 2020
Americans in 36 states have until December 15th to enroll in government-arranged health care for 2021.
SHOW TRANSCRIPT

Amidst a pandemic and a contested election — enrollment in health care offered by the Affordable Care Act began Sunday.

The ACA's enrollment is coming during a turbulent time. Many Americans have lost their company health insurance after the coronavirus pandemic left them unemployed.

The enrollment is also spotlighting health care in the final days of the 2020 election. President Trump promised to repeal the Obama-era policy, but so far has been unsuccessful.

Additionally, the Supreme Court will hear oral arguments about the ACA on November 10th.

Justices, with the recent addition Amy Coney Barrett, will decide whether the law should stay in its current form or be changed in some way — which could include throwing out the law entirely.

Americans in 36 states have until December 15th to enroll in government-provided health care for 2021. Other states like New York and Washington have their own websites which could extend enrollment into January.