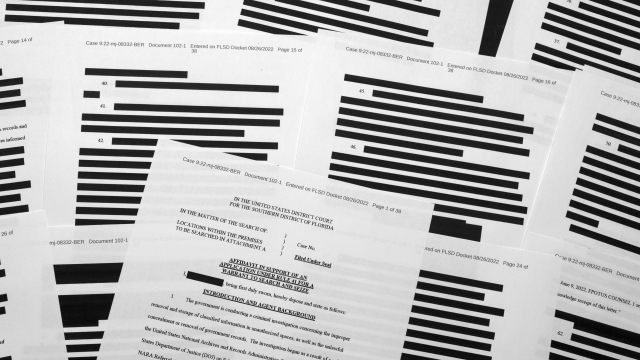 The search of Mar-a-Lago came after months of government requests to recover highly classified materials that were taken from the White House. Former President Donald Trump's team turned over 15 boxes of materials back in January, but they were only a portion of the documents retained by President Trump when he left office. 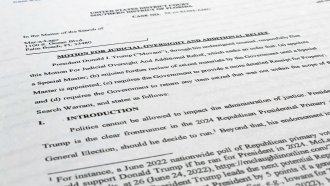 The redactions cover about half of the filing, but it does reveal some of the information came from "a significant number of civilian witnesses."

It goes on to emphasize the need to protect witness identities and the identities of the FBI Agents involved to ensure their safety.

The FBI has reported a surge in threats against agents after the search.

Just two weeks ago, an armed man tried to breach the Cincinnati, Ohio field office and was eventually killed in a shootout with police.

Many of the details of the search came to light for the first time Friday as the affidavit was filed under seal with the FBI. It said, "Premature disclosure of the contents of this affidavit and related documents may have a significant and negative impact on the continuing investigation" and could allow "criminal parties and opportunity to flee, destroy evidence, change patterns of behavior and notify criminal confederates."

Affidavits are almost always sealed until criminal charges are filed.

This unusual release comes after news organizations, including Newsy's parent company E.W. Scripps, filed a motion to unseal it due to the enormous public interest.

"Judge R. knew exactly the appropriate redactions were, given his experience as a former federal prosecutor and vast experience on the bench," said Val Rodriguez, a criminal defense attorney. "He's very aware of what the concerns the government has and the items that need to be protected while the investigation is ongoing."

Now Senate Intelligence Committee Chairman Mark Warner says a bipartisan group of senators has requested  "a damage assessment of any national security threat posed by the mishandling of this information."