Advertisers Aren't All On The Same Page About Web Ads 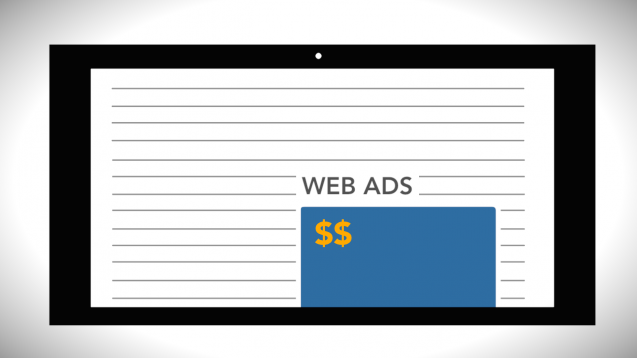 SMS
Advertisers Aren't All On The Same Page About Web Ads
By Leah Becerra
By Leah Becerra
October 11, 2015
If an advertisement plays but no one can hear it, does it really play at all? And should it still cost marketers money?
SHOW TRANSCRIPT

Online ads are a hot topic lately: Advertisers and marketers need them. Computer and mobile users hate them. (Video via Google)

The topic itself isn't new, but you could say Apple reignited the flame with the introduction of ad blocking in iOS 9.

Despite Apple's blessing on the ad-blocking front, though, online ads aren't going anywhere. Because remember: Advertisers and marketers need them.

This is a question online marketers have tossed around a lot but one that a lot of consumers are thinking about for the first time: If an ad is placed but nobody sees or hears it, should an advertiser have to pay for it? (Video via Google)

"Yeah, so it turns out that advertisers actually want people to see the ads that they pay for. That sounds pretty elementary, but it's actually been a little bit of a problem," said Marketplace's senior tech correspondent Molly Wood.

Some companies, the latest of which to announce a change was Google, now have guidelines where advertisers only pay if an ad is seen. Unfortunately, there's another problem: The definition of 100 percent viewable is almost never the same.

Google's definition is when a display ad is at least half on screen for one second or longer, and the same is true for video ads, except they need to be on screen for at least two seconds or  more.

That's actually the same definition that the Media Rating Council and Interactive Advertising Bureau go by — and it's considered to be the industry standard.

Group M, another advertising media company, said that definition isn't even half good enough. Instead, Group M's display ad standard is 100 percent on screen for at least a second. Video ads have to be fully on screen, too, and they must also be playing for half the duration of the ad with the sound turned on.

On top of the differences among advertising companies, there are also different definitions of 100 percent viewability among tech sites that see a lot of traffic, like Facebook and Twitter. Which only seems to further confound the issue.

What's not confusing is that right now as much as half of all ads placed online are never seen, and someone is definitely paying for them.

This video includes images from Les vieux garçons / CC BY 3.0.