When It Comes To College Admissions, It Pays To Be Rich 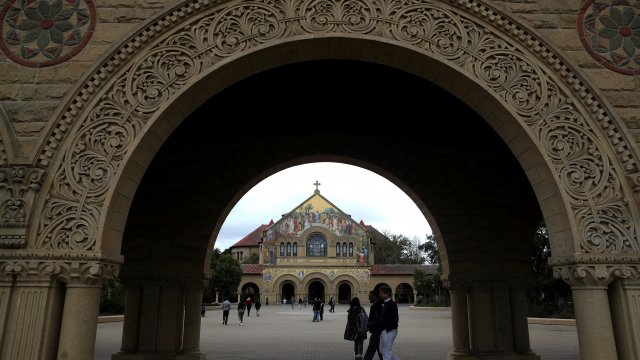 From college donations to legacy admissions, the landscape of options to help wealthy students get into college is wide.

The news of FBI charges for wealthy parents, college coaches and officials who conspired to help students gain admission to top colleges like USC, Stanford and Yale has shocked the nation.

But wealthy parents have long been able to use their privileges in a number of legal ways to get their kids into prestigious universities. If you’re white and wealthy, there’s never been a need to resort to illegal activity.

First, there’s the obvious option: Make a big donation. For example, Jared Kushner was accepted into Harvard after his father pledged $2.5 million.

If you don’t have the money to buy a campus building, you can still shell out for tutors and SAT prep classes that may be out of reach for low-income families.

And while there's clearly nothing criminal or immoral about Kaplan courses and the like, one academic expert told the San Francisco Chronicle, "it certainly provides advantages to the wealthy that have little to do with academic merit."

When you’re rich, sometimes you don’t even have to spend money to give your kid an advantage at an elite school -- as long as you or someone in your family went there. A 2018 survey of admissions directors found that 42% of private institutions and 6% of public institutions say legacy status is a factor in admissions. And even legacy admissions often favor white affluent students.

These avenues for admission and inherent advantages have been around for years, and you can literally see their imprint in the college landscape. Meanwhile just seven percent of black freshmen and 12 percent of Latino freshmen attend selective public colleges, despite making up 15 percent and 21 percent of the college-age population, respectively.