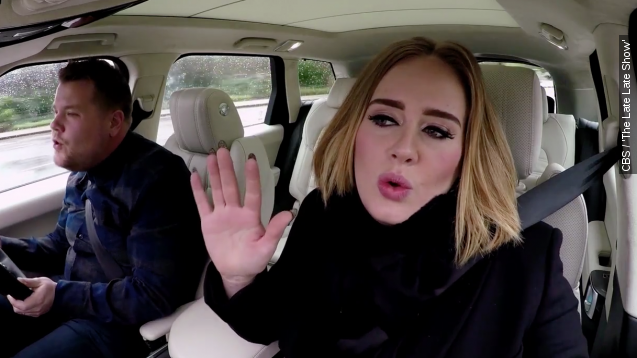 The "Late Late Show" host spent some time cruising around London and belting out some tunes with the singer. And during a pit stop, Adele even turned to him for fashion advice.

"I can't work out if I should have a wig or like a weave," Adele said.

"What I love is that you are coming to me with this," Corden said.

And it turns out, Adele has another talent that she hasn't used in any of her own music yet. (Video via XL Recordings / Adele)

Gotta love Adele rapping! But we're guessing she'll stick with what she does best for her next album.