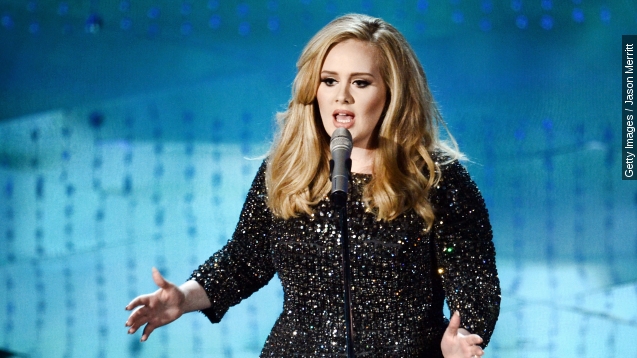 Hate to break it to, well, everyone, but the week of Nov. 20 is going to be a rough one. I advise you to buy stock in Kleenex.

Not only will Adele unleash her emotionally crippling album on us, but now she's performing on "Saturday Night Live" on Nov. 21 — just one night after she drops her highly anticipated album, "25." (Video via XL Recordings Ltd. / Adele)

It's like she was sitting in her apartment thinking: "You know what? An album isn't going to emotionally destroy people enough. Maybe I should sing to the people sitting at home alone on their couches on Saturday nights."

Now, she's not actually hosting the show — Matthew McConaughey is handling that. But this will be her first time back in Studio 8H since 2008 and, well, she's coming to say "Hello."

And on top of dropping a record so powerful Vanity Fair joked it made Jennifer Garner want to call Ben Affleck, Adele's also breaking records held by Taylor Swift.

Now, the music video had been viewed over 73 million times when we last checked, and it isn't losing momentum.

So world, brace yourself for that fateful November week. Because yes, I'm sure a lot of people are excited to see Matthew McConaughey (hopefully) re-enact his Lincoln commercials, but I personally will set up camp on my couch for Adele — armed with tissues and a pint of chocolate chip cookie dough ice cream.