Adele Is Breaking Records Before Her Record Is Released 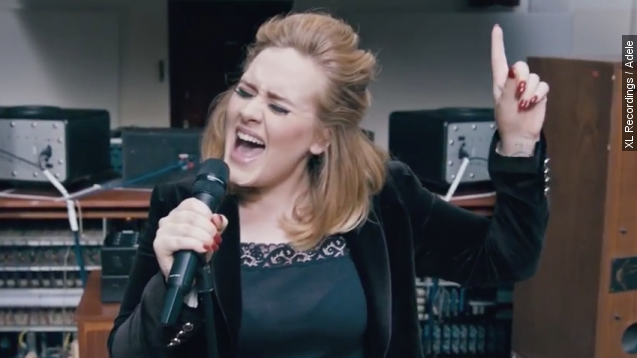 Adele released her second single from "25," and it's already broken several records prior to her album release date.

Want to cry in your cubicle?

Adele released a new song called "When We Were Young."

"My God, this reminds me of when we were young," she sings.

This is the second single from her album "25."

Her first was "Hello."

"Hello" broke one-day streaming records on Spotify with 4 million plays in a day.

It was the first single in history to sell more than 1 million downloads in a week.

Industry experts project "25" to sell 1.4 million to 2 million copies in its first week.

It's expected be the highest sales week for a female artist since Britney Spears' "Oops! ... I Did It Again."