Addicted To Coffee? It's In Your Genes 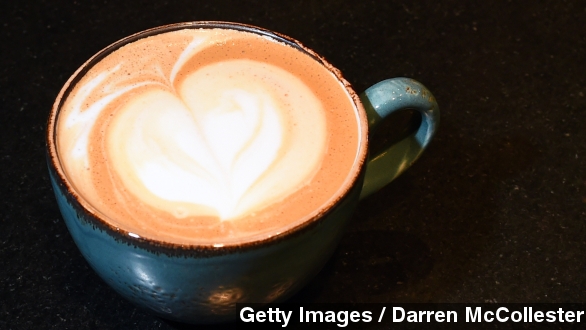 Do you secretly feel guilty for gulping an extra large coffee with a double shot of espresso each morning?

It turns out it might not be your fault. According to a new study, your need for a highly-caffeinated beverage could lie in your genes. (Video via WDIV)

The study comes from the Harvard School of Public Health and Brigham and Women's Hospital as part of a Coffee and Caffeine Genetics Consortium, which examined 120,000 coffee drinkers and 2.5 million variants in their genetic codes.

The findings published recognize six specific genetic variants that affect our coffee-drinking practices. These add to the two variants already identified in 2011, according to The Verge.

The genes studied have different roles. Some set your individual metabolic rate for caffeine, some help determine the rewarding effects of caffeine consumption and the rest establish neurological responses to caffeine.

According to Daniel Chasman, the study's senior author, "This research serves as an example of how genetics can influence some types of habitual behavior" ... i.e. that cup of joe that you just have to have during your afternoon slump.

The focus on genetics is most important because it settles an age-old dispute: whether coffee consumption is bad for you. With this new information, scientists are figuring out beneficial caffeine intake is, in fact, personalized.

Multiple studies of moderate caffeine consumption show that it can reduce the risk of certain types of cancer, stroke and type II diabetes. It can even lower blood pressure and accelerate weight loss, as reported by Caffeine Informer.

Of course, caffeine is also known to have a few drawbacks. According to Drug Info, some long-term effects of caffeine abuse include osteoporosis, severe insomnia and even infertility.

Food Manufacturing says a staggering 83 percent of adult Americans drink coffee, meaning this study could have a significant impact on the American public.

Specifically, Marilyn Cornelis, one of the study's co-authors, suggests we might be looking at a shift to individualized intake plans from doctors and nutritionists for beneficial caffeine consumption in the future. Food for thought.

This video contains an image from Christos Kotsakis / CC BY NC ND 2.0.