Actress With Down Syndrome To Walk Runway At NY Fashion Week 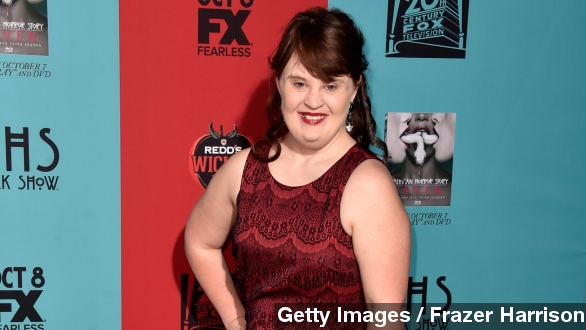 Actress Jamie Brewer will be breaking down barriers when she hits the runway at New York Fashion Week.

Brewer will be the first model with Down syndrome to walk the runway at the show.

And if her Twitter account is any indication, she's pretty excited for the opportunity. She's already posted about being in hair and makeup in preparation for the runway.

The actress is best known for her role in the FX show "American Horror Story."

Brewer will be showing off an original dress designed by Carrie Hammer and is part of Hammer's "Role Models Not Runway Models" campaign.

"I love this. Carrie Hammer, every year, features women who you typically would not see on the runway. She's featured a woman in a wheelchair, a burn victim. … Beauty comes in all forms and women look good — all shapes, all sizes."

Brewer told "Today": "It's amazing, it's really neat. Many women have many sides to their personality, this dress fits … mine. … I am honored to be in it."