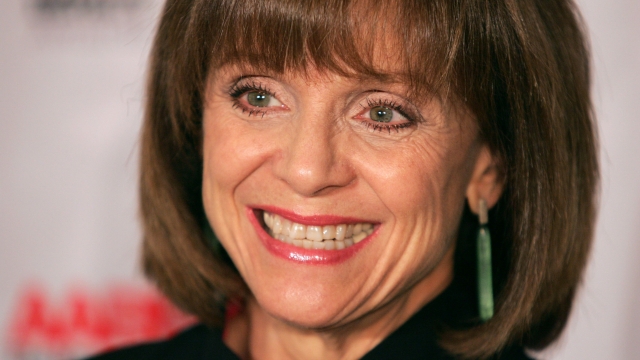 Actress Valerie Harper has died after a long battle with cancer. She was 80.

She's known for her role as Rhoda Morgenstern on "The Mary Tyler Moore Show" and its spinoff "Rhoda." Between the two shows, she won four Emmys.

Harper's husband wrote on Facebook: "My beautiful caring wife of nearly 40 years has passed away at 10:06am, after years of fighting cancer. She will never, ever be forgotten. Rest in Peace, mia Valeria."

She is survived by her husband, Tony Cacciotti, and their daughter, Cristina.