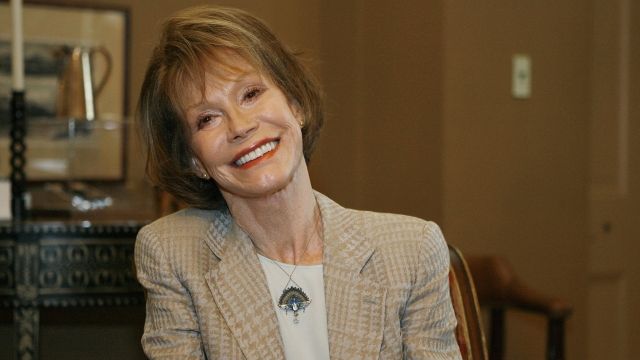 Mary Tyler Moore has died. She was 80 years old.

TMZ reported the actress was in "grave condition" at a hospital in Connecticut on Wednesday.

Moore's acting career spanned more than six decades. She became a household name for her role as Laura Petrie on "The Dick Van Dyke Show."

She later produced and starred in "The Mary Tyler Moore Show." It was celebrated for portraying a single successful woman. Moore won six Emmy awards and two Golden Globes for her work on both television shows.

She also won a Golden Globe and was nominated for an Academy Award for her performance in the 1980 film "Ordinary People."

Moore was diagnosed with Type 1 diabetes in her 30s. And she had surgery to remove a benign brain tumor in 2011.

Moore leaves behind her husband.