Actress Debbie Reynolds Dies One Day After Her Daughter 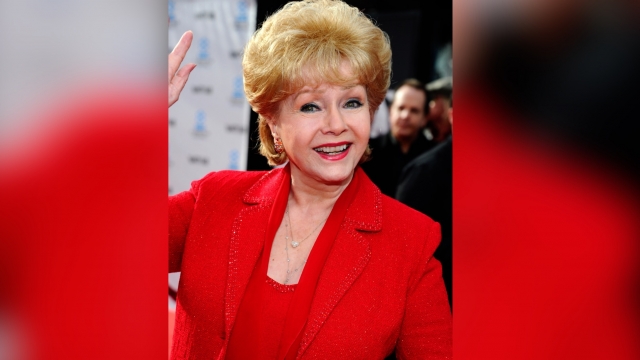 Actress Debbie Reynolds has died. She was 84 years old.

Reynolds was rushed to the hospital Wednesday afternoon. She died just one day after her daughter, actress Carrie Fisher.

Reynolds, whose career spanned over 60 years, starred in dozens of films, including the classic "Singin' in the Rain."

She was nominated for an Academy Award for her leading role in the 1964 film "The Unsinkable Molly Brown."

Reynolds made guest appearances and had recurring roles on a number of television shows. She also did voiceover work in animated TV shows and movies.

She even starred in her own television show, though it was short-lived.

Reynolds served as the longtime president of The Thalians, a charitable organization that aims to eliminate the stigma of mental illness.

In 2015, the Academy of Motion Picture Arts and Sciences honored Reynolds with the Jean Hersholt Humanitarian Award.

Reynolds approached the well-publicized ups and downs of her life with humor, writing three books.

In addition to Carrie Fisher, Reynolds and her first husband, entertainer Eddie Fisher, also had a son: producer Todd Fisher.

Reynolds is survived by her son and granddaughter, actress Billie Lourd.