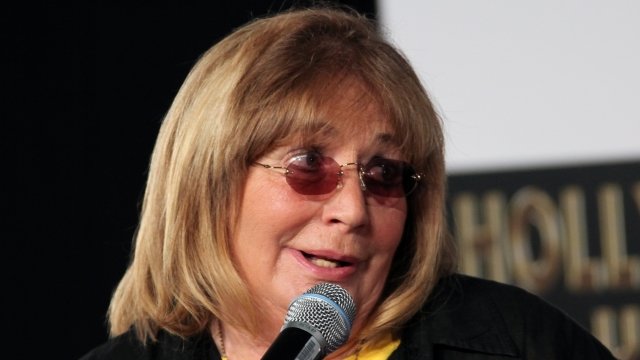 SMS
Actress And Director Penny Marshall Dead At 75
By Ahmed Jawadi
By Ahmed Jawadi
December 18, 2018
She was best known for her role in "Laverne & Shirley" and for directing movies like "Big" and "A League of Their Own."
SHOW TRANSCRIPT

Actress, director and producer Penny Marshall died Monday night from complications from diabetes. She was 75.

Most probably first heard of the Bronx native from her role as Laverne DeFazio in the hit TV comedy "Laverne & Shirley." The show ran from 1976-1983 on ABC.

But she also earned acclaim as a director for films including "Awakenings," "A League of Their Own" and "Big," which was the first film directed by a woman to gross more than $100 million. She's also only the second female director to have a movie get an Academy Award nomination for best picture.

Marshall is survived by her older sister, a daughter and three grandchildren.