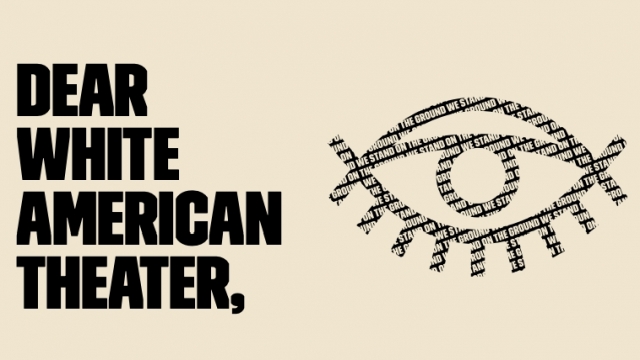 "I think that theater has a lot of catching up to do. I think that people are willing to listen right now."

In the weeks leading up to Juneteenth, artists of color have been calling out discrimination in the theater industry.

Earlier this month, over 300 people of color in theater — including Tony award-winners Lin Manuel Miranda, Lynn Nottage, Viola Davis and Billy Porter — signed onto the movement "We See You, White American Theater."

The open letter that started the movement calls out the industry's lack of inclusion, performative efforts for diversity and exploitation of artists of color.

Whitcomb: "Our stories of pain and trauma are literally being used and capitalized upon to make money."

"Our stories of pain and trauma are literally being used and capitalized upon to make money."

Whitcomb: "We've created a structure where artists and actors specifically don't feel like they have a voice or a space to say 'Hey, I don't feel safe here', without feeling like they will lose their jobs — not only in that moment, but their entire careers."

Going forward, Whitcomb says he wants unions like Actors' Equity or the League of Resident Theatres to examine their own membership demographics and encourage theaters to hire and cast more artists of color.

"We need every voice lifted, and we need every heart opened to fight against racist ideologies that have divided us by devaluing our lives."

Whitcomb: "I think that theater has a lot of catching up to do. I think that people are willing to listen right now. And that's where the progress is going to really come from."