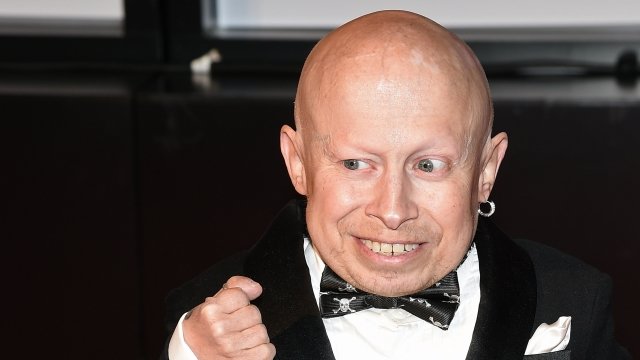 He was 49. The circumstances of his death were not immediately released.

Actor Verne Troyer died Saturday at the age of 49. That's according to a statement released on his social media accounts.

He was known best for his role as Mini-Me in two "Austin Powers" movies.

Troyer was born with a genetic condition that made him less than 3 feet tall.

The circumstances of his death were not immediately released.

The statement also said Troyer "was an extremely caring individual. He wanted to make everyone smile, be happy, and laugh."

Mike Myers issued a statement to The Hollywood Reporter regarding his former "Austin Powers" co-star, saying: "Verne was the consummate professional and a beacon of positivity for those of us who had the honor of working with him. It is a sad day, but I hope he is in a better place. He will be greatly missed."