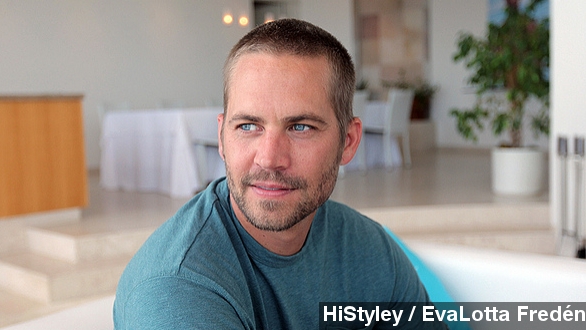 TMZ first reported Walker’s death, saying the actor was in a Porsche with another unidentified driver when the driver lost control of the car and slammed into a tree.

According to KCAL, Los Angeles County authorities say the vehicle was engulfed in flames and two passengers were pronounced dead at the scene. The car’s occupants have not been officially identified.

Pictures of the crash were tweeted from witnesses showing a car on fire with thick black smoke billowing from it. Another picture shows a destroyed car with caution tape around the scene. (Via Twitter / @passantino, @NewsBreaker)

The Santa Clarita Valley Signal reported multiple witnesses recognized Walker in the car, but were unable to reach him through the fire. “We all ran around and jumped in cars and grabbed fire extinguishers and immediately went to the vehicle. It was engulfed in flames. There was nothing. They were trapped.”

ABC says Walker’s rep confirmed his death, but didn’t give any further details.

A Statement on Paul Walker's official Facebook page and Twitter account also confirmed the news of his passing. It reads, "Paul Walker passed away today in a tragic car accident while attending a charity even for his organization Reach Out Worldwide. He was a passenger in a friends's car, in which both lost their lives."

Walker was best known for his role as Brian O’Connor in the Fast and Furious franchise. Filming was in progress for the seventh installment in the series at the time of Walker’s death. (Via Universal Pictures / "Fast & Furious 6")