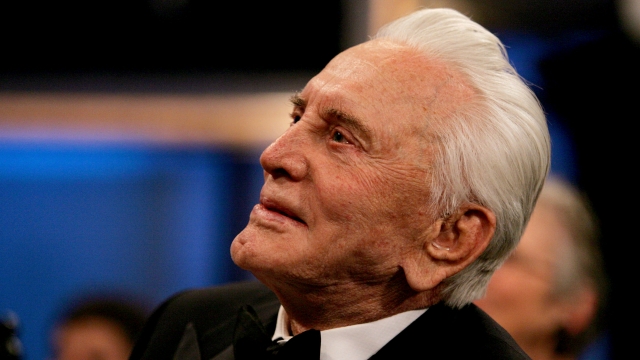 Actor Kirk Douglas died Wednesday at the age of 103.

Douglas was one of the very few remaining icons of Hollywood's golden age.

His son, actor Michael Douglas, confirmed the news on Instagram. He wrote: "To the world, he was a legend, an actor from the Golden Age of movies who lived well into his golden years, a humanitarian whose commitment to justice and the causes he believed in set a standard for all of us to aspire to. But to me and my brothers Joel and Peter he was simply Dad."

Douglas acted in more than 80 films throughout his career, including "Spartacus," "Paths of Glory" and "20,000 Leagues Under the Sea."

Through his charity, the Douglas Foundation, the actor gave away a large part of his fortune to various philanthropic causes.

Douglas is survived by his wife and three of his children, along with several grandchildren.