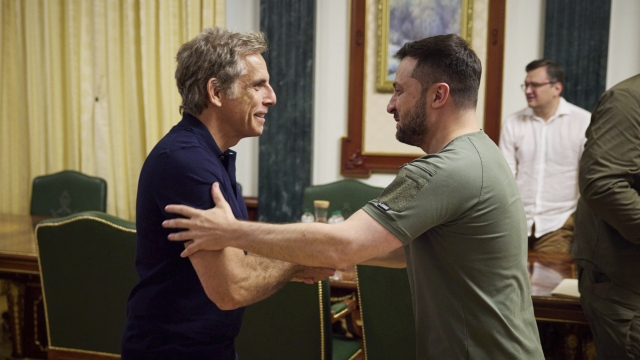 SMS
Actor Ben Stiller Meets With Ukrainian President Zelenskyy
By Newsy Staff
By Newsy Staff
June 21, 2022
Stiller has been a global goodwill ambassador to the United Nations since 2018.

American actor Ben Stiller met with Ukrainian President Volodymyr Zelenskyy on Monday as part of his role as a United Nations goodwill ambassador for refugees. Stiller was appointed to the position in 2018.

He spoke with the Ukrainian leader after touring Russian-occupied settlements in the Kyiv region.

The 56-year-old actor also took a trip to Poland over the weekend to examine the conditions and speak with refugees fleeing the war-torn country.

"You see it on TV and you see it on social media," Stiller said. "It's something else to actually see it and feel it and talk to the people that we talked to."