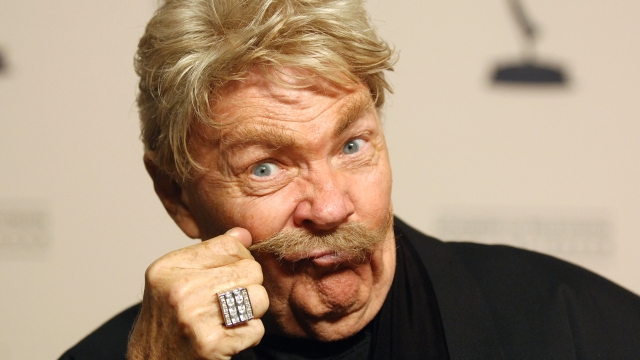 Rip Taylor, the exuberant, confetti-tossing actor and comedian who became a TV variety and game show mainstay in the '70s, died Sunday at the age of 88.

Taylor, known for his over-the-top delivery and bushy handlebar mustache, made more than 2,000 guest star appearances over five decades. He appeared on "The Tonight Show," "Late Night with David Letterman" and "Hollywood Squares," to name just a few.

He was born Charles Elmer Taylor Jr. in Washington, D.C., and got his start as a stand-up comic after serving in the U.S. Army during the Korean War.

Taylor's first national TV appearance was on "The Ed Sullivan Show" in 1963. He also acted on Broadway and was featured in movies including "Wayne's World 2" and all three "Jackass" movies, in which he tossed confetti to mark the end of the film.

He also did voice work for animated shows including "The Jetsons" and "The Addams Family." The latter earned him an Emmy nomination for his portrayal of Uncle Fester.

Taylor is survived by his longtime partner, Robert Fortney.