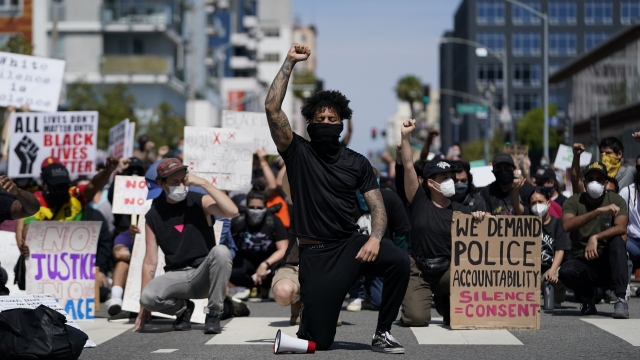 Activists with the Movement for Black Lives have unveiled their proposal to transform the criminal justice system. The coalition includes Black Lives Matter and 150 other organizations.

The group's proposed legislation — called the BREATH Act — would divest federal resources from incarceration and policing. It would eliminate agencies like Immigration and Customs Enforcement and the Drug Enforcement Administration.

The proposal also seeks to end programs like the Department of Defense 1033 — which lets local law enforcement have excess military equipment.

Right now, the police reform effort on Capitol Hill has stalled as Democrats and Republicans failed to agree on how far policing changes should go.

So far, no member of Congress has said whether they will introduce the bill.

Additional reporting by Kat Stafford of the Associated Press